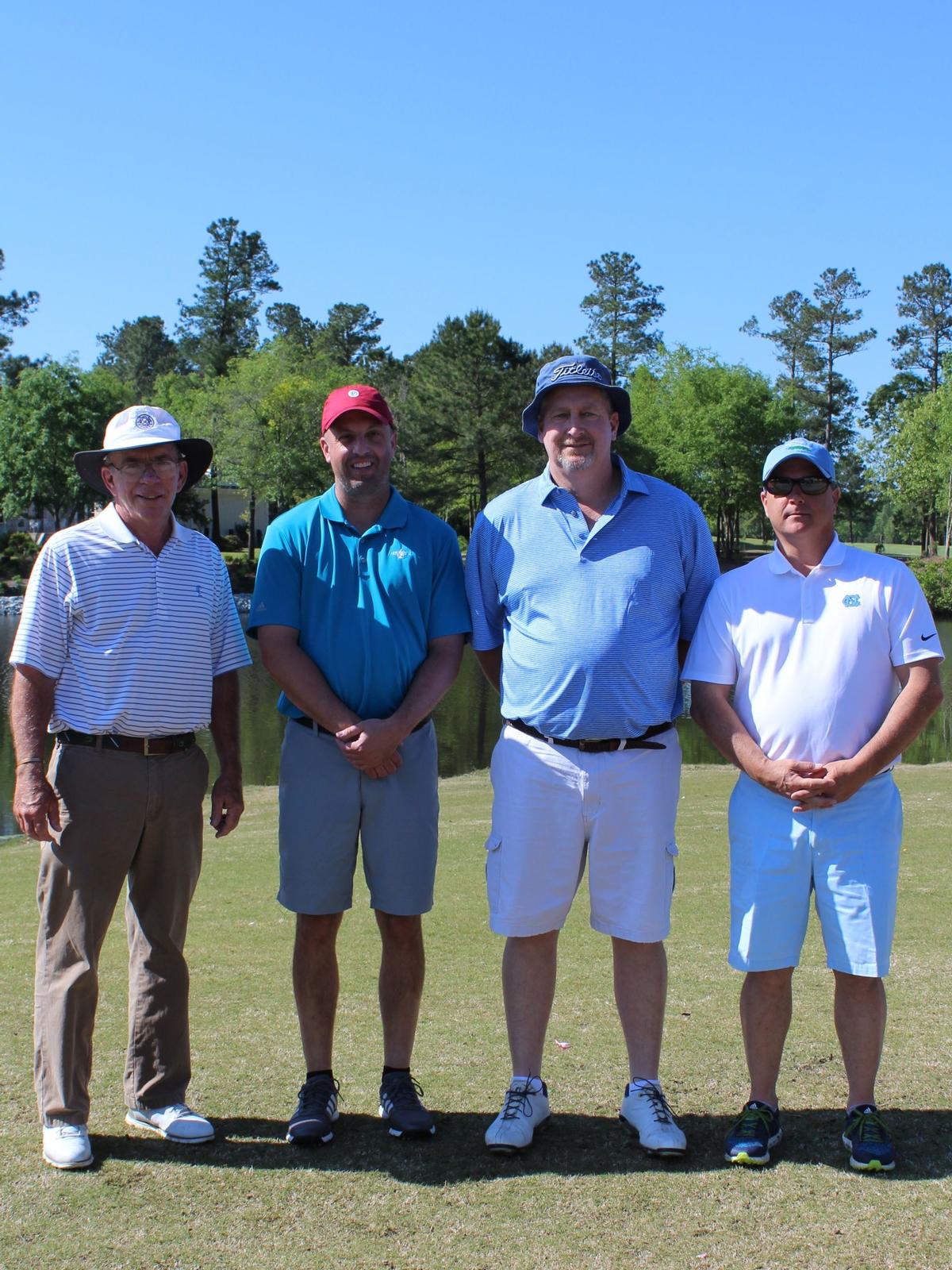 Harrells Christian Academy held its annual Golf Tournament on Saturday, April 28.  Teams competed in “superball” competition on the beautiful River Course at River Landing Country Club in Wallace.  The event, consisting of golf, a raffle, and a delicious lunch, raised over $27,000 dollars to further athletic programs at the school.  Over 50 area families and businesses contributed their support to the event. The title sponsor was Bill Carone Chevrolet-Buick-GMC of Wallace, the meal was sponsored by Bryan Griffin and Edward Jones Investments, the awards were sponsored by US Foods, and the scoreboard was sponsored by Deacon Jones of Clinton.

Headmaster Andy Wells remarked, “We got a beautiful day for this tournament and we know that God is smiling on our efforts.  This is truly a community event that represents all of the towns we serve, and we appreciate the support as we continue to try to provide the best academics and the best athletics in the region.”

The school is grateful to all sponsors, players and volunteers who helped make this year’s event the best ever! Congratulations to these winners:

CLOSEST TO THE PIN